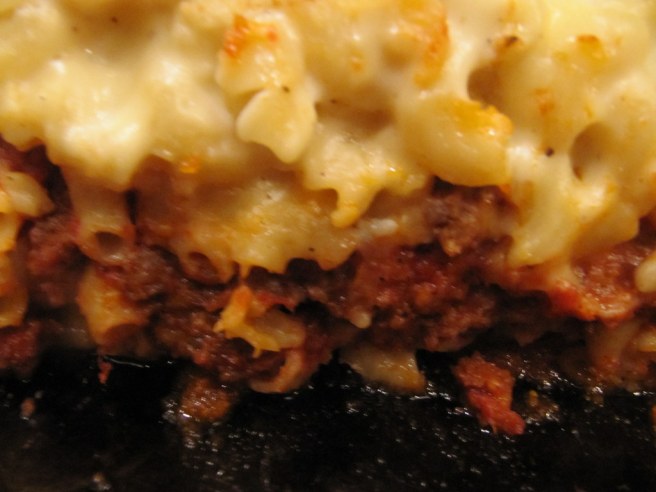 This “lasagna” tastes as if Mac-n-Cheese and American Chop Suey got married and this was its baby.

There are a few steps to this recipe, but wow is it worth it.

Boil 1 1/2 pounds of macaroni until just under al dente.  Drain.

Brown 1 stick of butter.  Pour it over the macaroni. 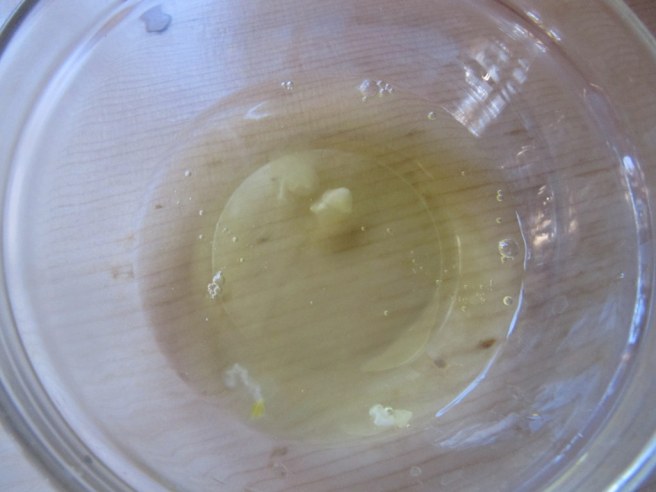 Pour them over the macaroni.

Sprinkle with 1/4 pound of freshly shredded Parmesan cheese and stir to combine.  Set aside.

Brown another stick of butter.

Sauté 2 pounds of ground beef and 1 chopped onion in the browned butter, until fully cooked.

and a very small piece of a cinnamon stick.  Simmer until all of the liquid has been absorbed. 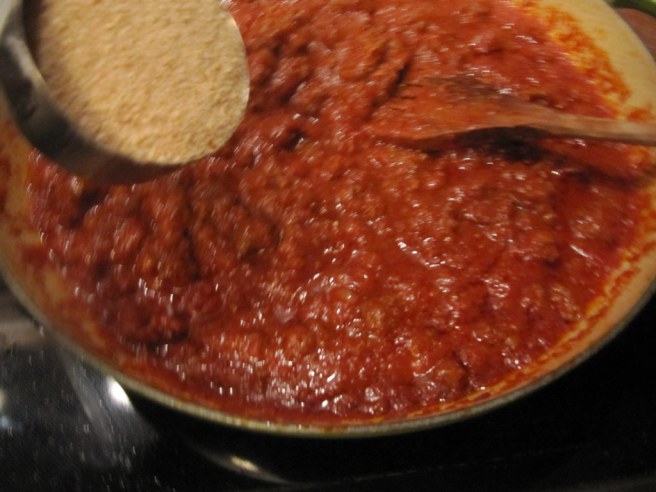 Remove the pan from the heat, remove the stick of cinnamon, and add 1/8 pound of freshly shredded Parmesan cheese and 1/2 cups bread crumbs.  Mix well. 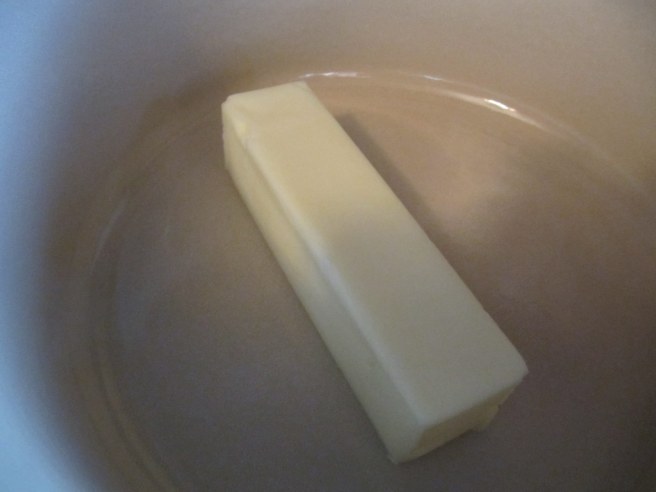 Remove the pan from the heat, and slowly add 4 cups of scalded milk (how to scald milk below…), stirring constantly.

(Scalded Milk: Put 4 cups of cold milk in medium saucepan.  Set over medium heat.  Keep watch.  When you start to see tiny bubbles along the edges of the pan, it’s scalded!  Scalded milk means that you’ve brought milk up to the temperature just before it starts to boil.)

Return the pan to the heat and stir until the mixture thickens.

It should coat the back of a spoon, as such!

Temper the egg yolks (warm them up slowly, so that they don’t scramble) by adding small spoonfuls of the hot bechamel mixture at a time.

Once the yolks have been “warmed up”, add them to the bechamel mixture on the stove, stirring until well blended.  Add salt and pepper to taste.

Spread 1/2 of the macaroni evenly in the pan.

Cover with the meat mixture. 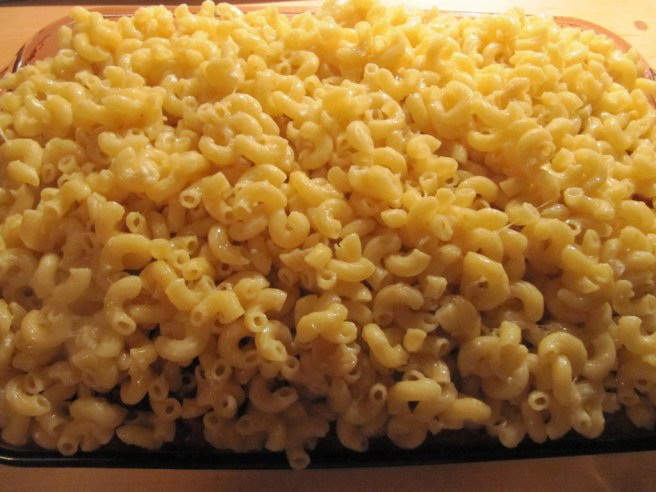 Add the remaining macaroni.  It will be near overflowing in a 9 x 13 inch pan!

Pour the Bechamel sauce over the top.  Sprinkle with some additional Parmesan cheese and

Bake at 350 degrees for 30 minutes, until golden brown.